Is It Time to Upgrade Your Joomla! 1.5 Site? 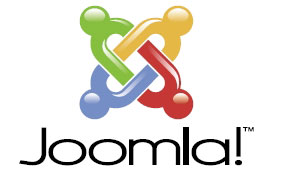 Joomla is a powerful and popular Open Source Content Management System that powers thousands of sites on the world wide web. You yourself may be one of the thousands who chose to power your website with Joomla!. If you are, you may also be using the 1.5 version of Joomla!. In writing this article, I hope to provide the information required for you to make an informed decision as to whether you should upgrade from 1.5 to the newest version (as of the time of this writing), Joomla! 3.3.

Sites built using Joomla 1.5 are for the most part working perfectly well and will probably still work as they have for a number of years, but as more time goes by, and newer web technologies and standards are being implemented by browsers, it will become more probable that newer browsers will not be able to display Joomla! 1.5 sites as they were originally intended. within 4 to five years I suspect no Joomla! 1.5 site will be viewable in modern browsers for this reason and the latest extensions available for newer versions of Joomla! Will not be available for version 1.5.

At some point in the future you will need to plan on upgrading to a newer version of Joomla! before it is too late. As I said that probably gives you at least 2 years or more, but there are good reasons to consider upgrading to the newest version sooner rather than later:

As you can see there are definitely advantages to upgrading your Joomla! 1.5 site sooner rather than later.

For more information on the various versions of Joomla! that are available visit the downloads section on the Joomla! CMS website.

Is It Time to Upgrade Your Joomla! 1.5 Site? by Richmond Lauman is licensed under a Creative Commons Attribution-ShareAlike 4.0 International License.